Deforestation. The destruction of the jungle

Pygmy peoples have lived in the jungle of central Africa for millennia. In the last decades, their lands have been seriously affected, among other things, by the massive logging of trees. Deforestation and expansion of protected areas have endangered the strong link these people have with the forest, as well as their culture and their livelihood.

There are different Pygmy peoples, like the Twa, the Baka or the Mbuti people. Each of them having its own language, culture and customs. Edjengui, the spirit of the forest, is one of the few words common to all of them. The jungle constitutes the spiritual and physical home of the communityas well as the source of their religion and cultural identity. Pygmy subsistence depends on hunting and gathering of forest products, such as wild honey, and on product exchange with sedentary societies in the area. However, harvesting activities have been affected by excessive logging, causing the loss of land, extreme levels of poverty and the resettlement of peoples.

Most of the pygmy territory is rich in wood and minerals. There is currently a very strong competition between logging companies and ecologists to take ownership of the jungle. However, in this territorial struggle, the rights and needs of the community have not been taken into account. In many cases, the peoples are tricked by companies into surrendering their territorial rights.This not only implies the loss of the land, but also the loss of their cultural heritage, livelihoods and food security. The resulting impact is devastating for people, biosphere conditions and the climate.

A logging truck drives in front of a pygmy town on the Djoum-Mintom axis, which is located on the edge of a new asphalt road. This road has not been built to offer better connections to the Pygmy peoples, but rather to ensure a more efficient and faster extraction of wood.

One of the major problems of deforestation in Cameroon is that it is carried out without the consent of the inhabitants of the jungle, the Baka pygmies. There are logging companies that cut down trees on a greater area than the one allowed by the Cameroonian legislation. To this must be added, in many cases, the illegal export of exotic wood. The main problem is that the government of Cameroon itself grants concessions to companies to destroy the jungle and obtain logs which are then transported.

In addition to illegal logging, these companies operate by imposing harsh working conditions and low salaries. In this way, the traditional forest is disappearing, driving the populations that inhabit it and depend on it into ruin. To all this must be added the interest of the pharmaceutical industry in the medicinal value of Cameroon trees. In short, the economic interests of powerful groups in the country are killing one of the most important natural spaces in the area. 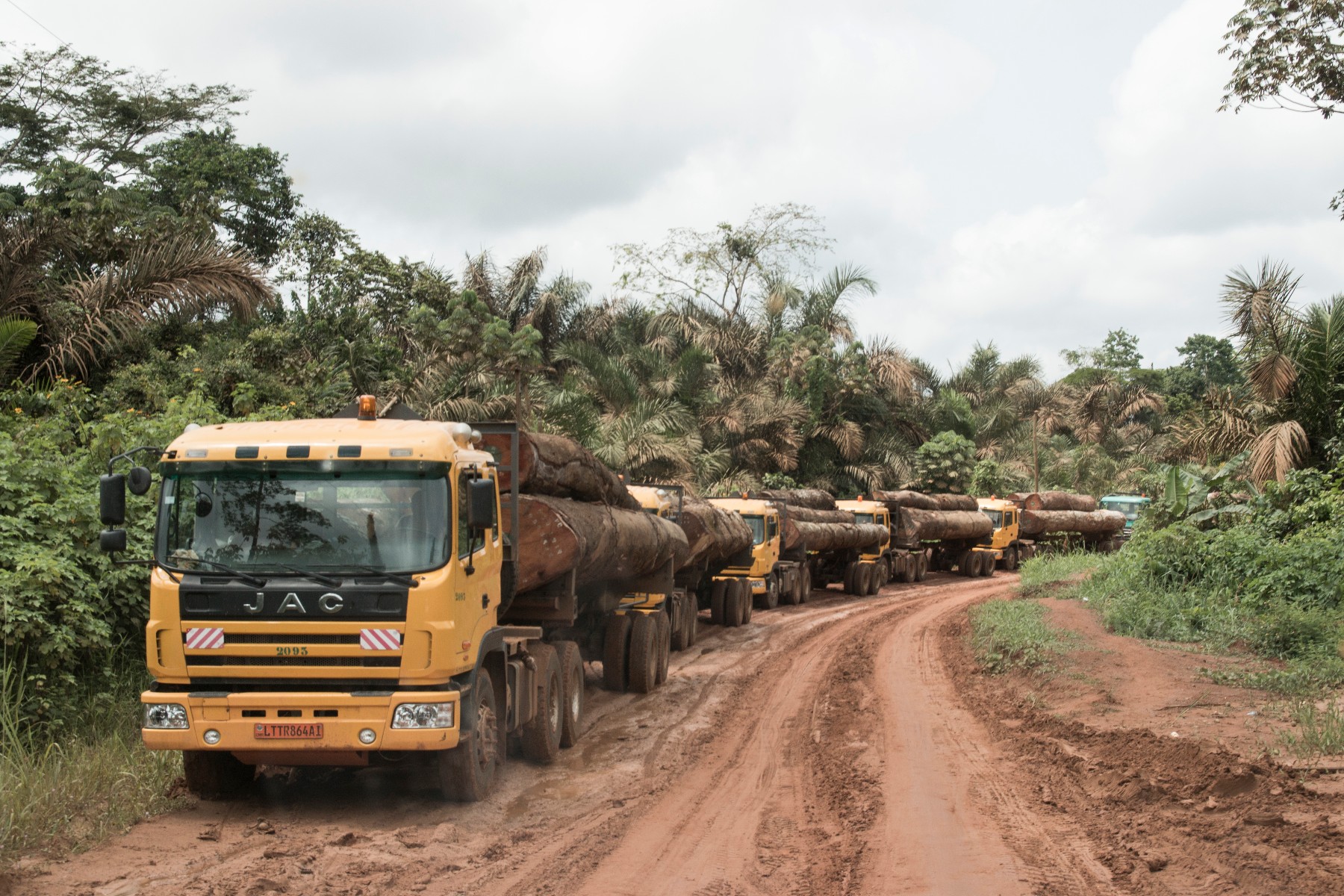 Row of timber trucks waiting to get the wood out of the jungle for its commercialization.

Unlike the for-profit companies, the Pygmies establish a bond of dependence with the trees of the forest . These trees provide them with fruits, food, oil, honey and natural medicines. Pygmies even use the tree trunks to camouflage themselves during hunting activities.

But deforestation is not the only problem which affects the daily life of the pygmies; climatic conditions are also decisive. The communities demand their rights over the forest to be respected above everything else, due to the fact that climate change is already affecting the land conditions. One of the international plans on climate change is the REDD program, which aims to help protect forests and communities by involving affected peoples and taking into account their territorial rights.

Do you want to support us?