With this project, Zerca y Lejos aims for an education that is integrating and transforming for the pygmy population of preschool age, both on a personal and on a social level. Thus we intend that both the children and their families acquire schooling habits, to ensure the education of boys and girls under 6 years of age, as well as to consolidate a Baka teaching team.

Education is a basic right. For this reason, Zerca y Lejos tries to ensure the good management and maintenance of preschool centers, anual training for the teaching personal, enough school supplies for the children and extra support lessons for those who need it. We also provide food for the most vulnerable kids, to ensure that they receive minimal nutrition every day.

Our goal is to bring access to education to the children in Djoum and Mintom, particularly to the Baka pygmy population. We do this through the implementation and management of a schooling structure in the Dja et Lobo region, that is composed of 21 centros preescolares comunitarios.

These centers are located in the same pygmy villages to favor daily attendance to class and pupil monitoring. We call them "Preschool Centers" because they are for children from three to six years old, and they are the base for their future attendance to primary school. And they are "Community Centers" because we believe that the classroom is a place of gathering and coexistence to educate children from different ethnic groups in equality conditions.

The method used in this centers is the ORA method (Observe, Reflect, Act). With these method, they learn both French (Cameroon's official language) and their natal language with practical examples from their natural environment. Their education is based on three subjects: Reading, Writing and Math, that provide a solid base for primary education.

These method reinforces Baka's culture and traditions. The teachers, who are Baka pygmy themselves, must promote and teach their pupils the traditional knowledge of their ethic group. . 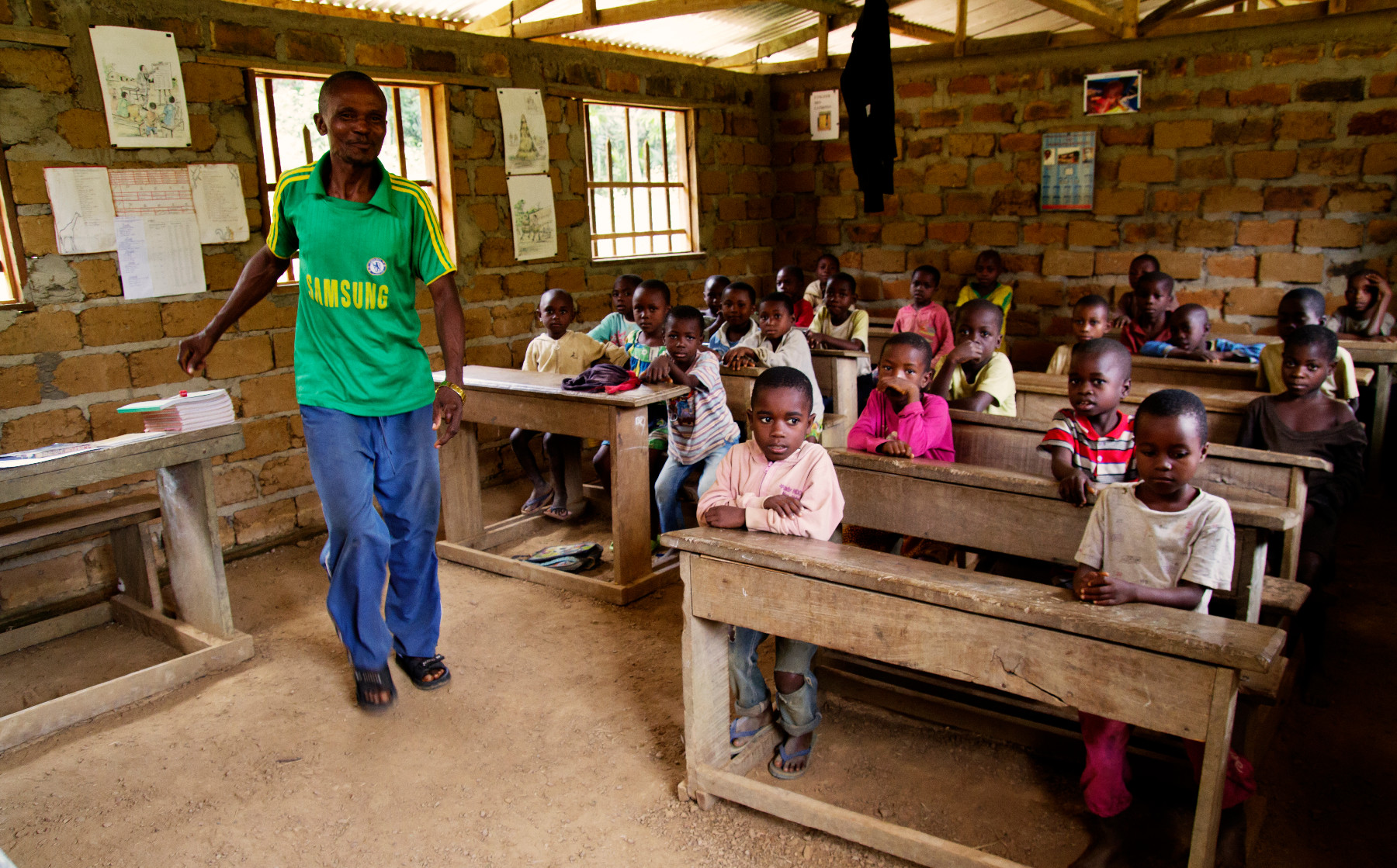 Although there are over twenty of these centers, education in the area is lacking in several areas: lack of funding, teachers' absenteeism, lack of school supplies and a 22.8% rate of children's absenteeism, acording to the PNUD. Is for that that we work on promoting quality education in the school centers and raising awareness, both among the parents and their children, on the importance of school.

Integration as a goal

Working with the Baka pygmy is a priority for us, since they are experiencing a dramatic situation compared to that of the other ethnic groups. In the Great Djoum there is a total of forty two Baka camps located around thirty Bantou villages.

The pygmy population is estimated to be of almost three thousand people, of which a third are children. They live in camps which are often far from the schools, and the parents often don't have the resources to afford the minimal expenses of schooling, so these children have schooling rates far inferior to the rest of the population. This is also related to the racial segregation that the pygmies suffer, and to the difficulties to coordinate the school year with their traditional way of living, which is semi-nomadic. The consequences of this situation are school absenteeism, illiteracy and the impossibility to finish primary school among the Baka children in the south of Cameroon.

Our goal is to obtain the resources so that children from three to six years old can access primary education, the acquisition of schooling habits and an education on health and hygiene that can improve the children's psychophysical state.

The importance of nutrition

There is a high rate of malnutrition among the Baka children in the south of Cameroon. This is aggravated because of the political margination of this ethnic group. However, it is clear the importance of a good nutrition in young children to achieve good physical and intelectual development.

To try to ensure their correct development and school performance, we provide breakfast every morning, with a high protein content that allows to start the day full of energy. This porridge often has an impact on reducing malnutrition and on improving the children's performance in school.

Read more about the importance of nutrition here.

Do you want to support this project? Donate and help us fight for the education of the Baka pygmies.