Through the various projects that integrate the Health Plan, we aim to improve access to health services for the most disadvantaged populations. 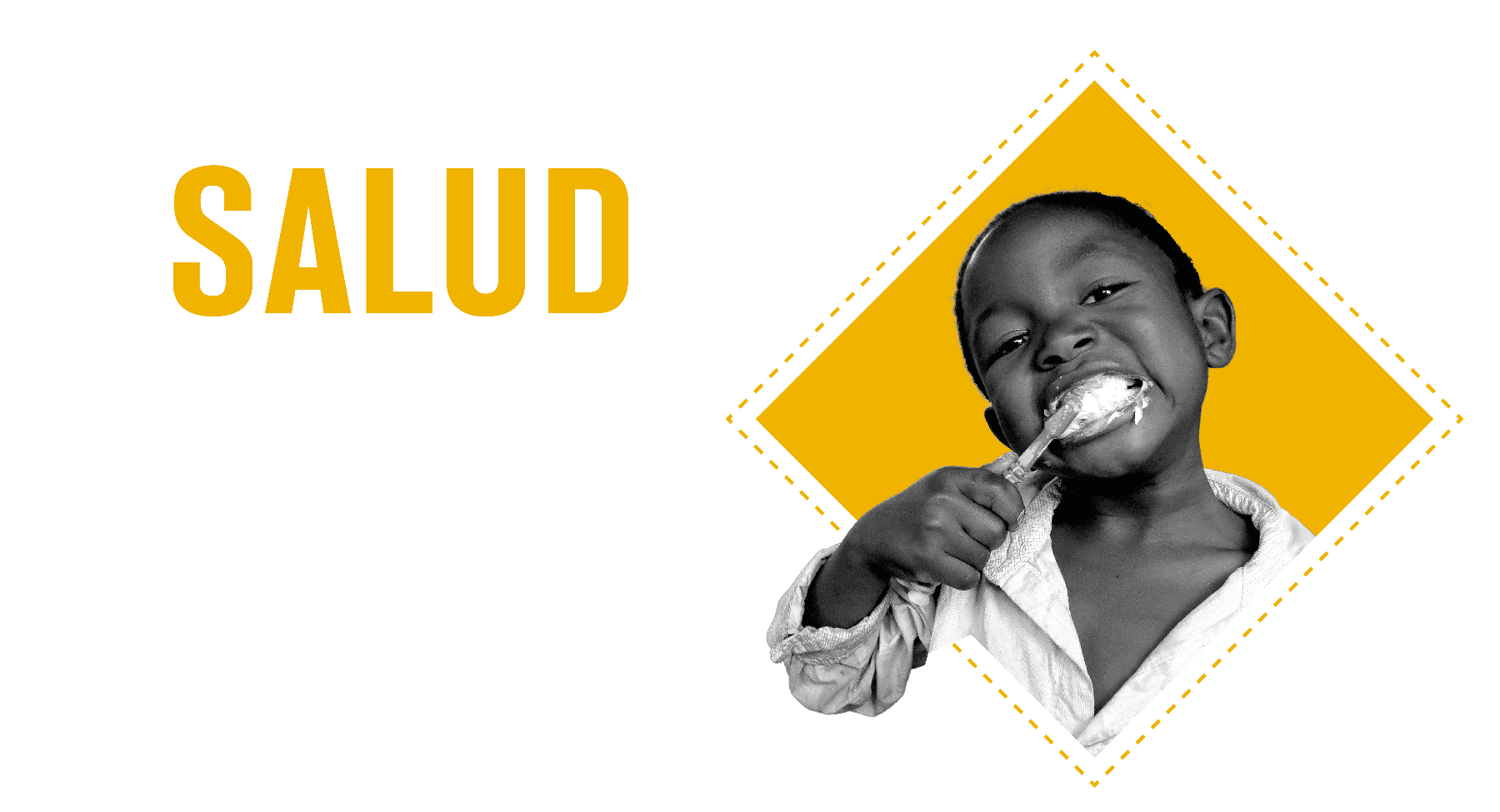 According to data from the World Health Organization's Global Health Observatory, the neonatal mortality rate in 2015 was 25.7 deaths per 1000 live births. Likewise, the ratio of maternal mortality in that same year was 596 per 100,000 births. Malaria reported deaths in 2014 were 4,398, while reported cases of malaria were 26,651 in 2013. These data collected by the World Health Organization do not reflect the reality of the Baka population in the southern region of Cameroon, which is in a disadvantaged position due to the difficulties in access to basic health facilities.

For this reason, we have focused our efforts on three types of projects: those projects focused on Public Health, others focused on Primary Health Care and, finally, specialized campaignsmainly in surgery. We have a wide network of local workers that provide continuity and sustainability to our projects. 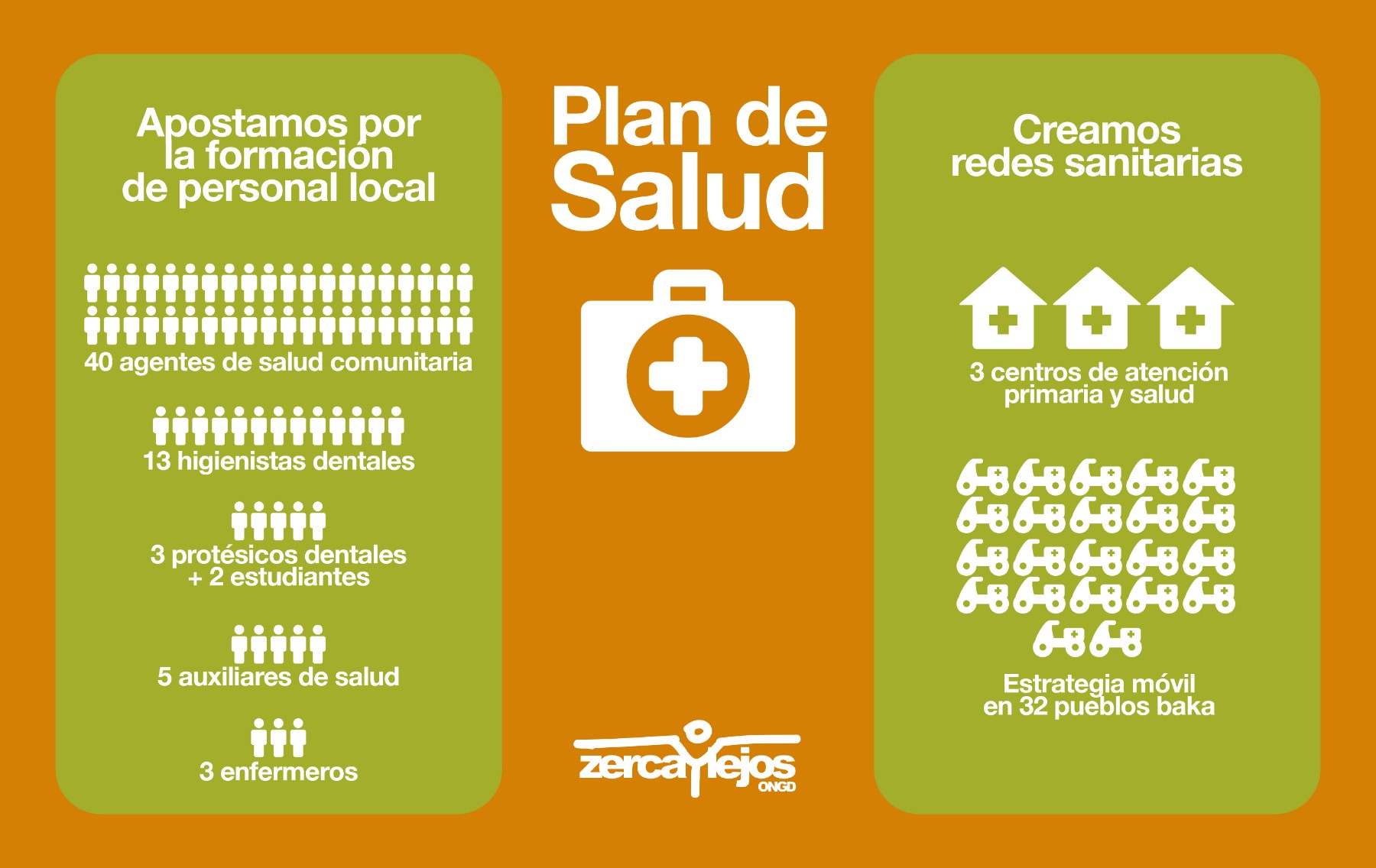 Why is our action so important?

The sub-departments of Djoum, Mintom and Bengbis belong to the Departament of Dja et Lobo, in the South Province of Cameroon, area in which Zerca y Lejos has been working for fifteen years. This region is characterized by its location in an environment of dense, large and isolated equatorial forest, which is impassable under rain circumstances. In terms of health, this implies that sick people have to travel great distances in order to have access to a proper health care, in addition to the economic difficulties of these displacements.

Since July 2010, Zerca y Lejos manages the dispensaries of Djoum, Mintom and Bengbis , and is responsible for the continuing formation of the nurses who work in them. The health auxiliaries work in close collaboration with the local nurses, who are carrying out the mobile strategy to bring health care workers closer to those who are further, in distance and means, to give them access to decent health care. Alongside them, the community health workers form a broad network of local staff which offers a comprehensive assistance to the Baka Pygmy community, paying greater attention to child population, since they are the ones who are in a higher risk situation. 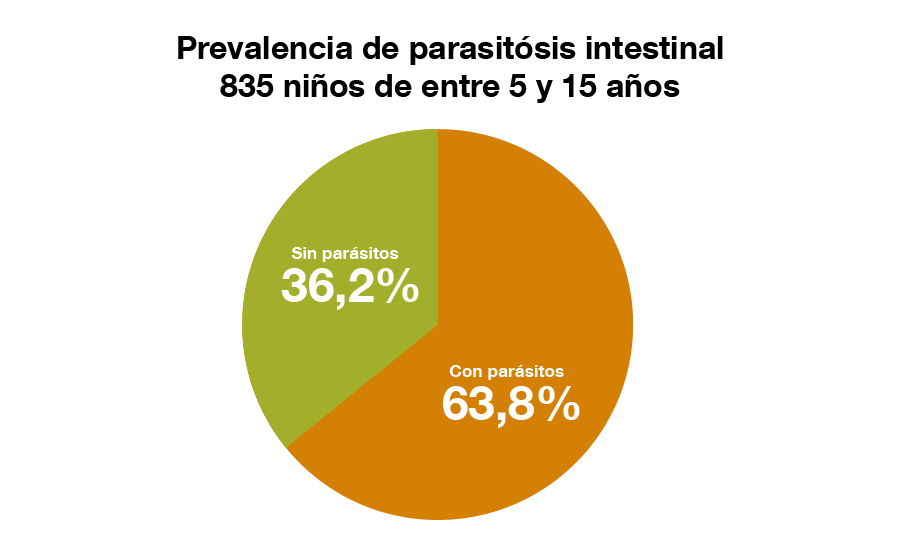 In addition to this structure, which works on an ongoing basis, intensive campaigns of surgical care for children and adults in the southern region of Cameroon are carried out annually in our surgical block in Bengbis. In them, almost 30 specialists in General Surgery, Pediatric Surgery, Orthopedic and Traumatological Surgery and Gynecology and Obstetrics perform more than 600 pre-surgical consultations and more than 250 surgeries. In addition, in the year 2017 an agreement was signed with Foundation Mayo Rey so that patients from the Far North of Cameroon can be operated in their facilities and not forced to be displaced for days.